Going with the Pitch •November 15, 2016Uncategorized

Wow, this speech hit home for me. The maturity and strength Romo presented having to pass the baton to a new QB. I am sure it was hard for Romo to watch and not be able to compete, but his resolve to remain a leader was impressive. I urge you to read this: 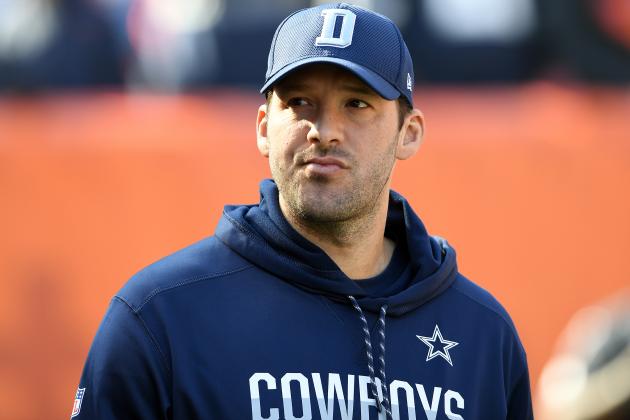 To say the first half of the season has been emotional would be a huge understatement. Getting hurt when you feel like you have the best team you’ve ever had was a soul crushing moment for me. Then to learn it’s not three of four weeks but 10 is another blow. And through it all you have a tremendous amount of guilt on having let your teammates, fans and organization down. After all they were depending on you to bring them a championship. That’s what quarterbacks are supposed to do. That’s how we’re judged. I love that. I still do.

But then here you are sidelined without any real ability to help your teammates win on the field. That’s when you’re forced to come face to face with what’s happened. Seasons are fleeting. Games become more precious. Chances for success diminish. Your potential successor has arrived, injured two years in a row and now in the mid-30s, the press is whispering, everyone has doubts, you’ve spent your career working to get here. Now we have to start all over. You almost feel like an outsider. Coaches are sympathetic, but they still have to coach and you’re not there. It’s a dark place. Probably the darkest it’s ever been. You’re sad and down and out and you ask yourself why did this have to happen. It’s in this moment you find out who you really are and what you’re really about.

You see football is a meritocracy. You aren’t handed anything. You earn everything every single day single day, over and over again. You have to prove it. That’s the way that the NFL, that’s the way that football works. A great example of this is Dak Prescott and what he’s done. He’s earned the right to be our quarterback. As hard as that is for me to say, he’s earned that right. He’s guided our team to an 8-1 record, and that’s hard to do. If you think for a second that I don’t want to be out there, then you’ve probably never felt the pure ecstasy of competing and winning. That hasn’t left me. In fact it may burn more now than ever.

It’s not always easy to watch. I think anybody who’s been in this position understands that. But what is clear is that I was that kid once, stepping in, having to prove yourself. I remember the feeling like it was yesterday. It really is an incredible time in your life. And if I remember one thing from back then, it’s the people that helped me along when I was young.

And if I can be that to Dak, you know, I’ve tried to be and I will be going forward. We all know something magical is happening to our team. I’m not going to allow this situation to negatively affect Dak or this football team by becoming a constant distraction. I think Dak knows that I have his back. And I think I know that he has mine. Ultimately, it’s about the team. It’s what we’ve preached our entire lives.

I can remember when I was a kid just starting out wanting to be part of something bigger than myself. For every high school kid out there or college player, there is greatness in being the kind of teammate who truly wants to be part of a team. Everyone wants to be the reason they winning or losing. Every single one of us wants to be that person. But there are special moments that come from a shared commitment to play a role, while doing it together. That’s what you will remember. Not your stats or your prestige, but the relationships and the achievement that you created through a group. It’s hard to do, but there’s great joy in that.

And all the while your desire burns to be the best you’ve ever been. You can be both. I have figured that out in this process. It’s what separates sports from everything else. It’s why we love it. It’s why we trust it. It’s why I still want to play and compete. Lastly, I just want to leave you with something I have learned in this process as well: I feel like we all have two battles or two enemies going on. One with the man across from you. The second is with the man inside of you. I think once you control the one inside of you, the one across from you really doesn’t matter. I think that is what we are all trying to do.

Thank you guys. I appreciate it.